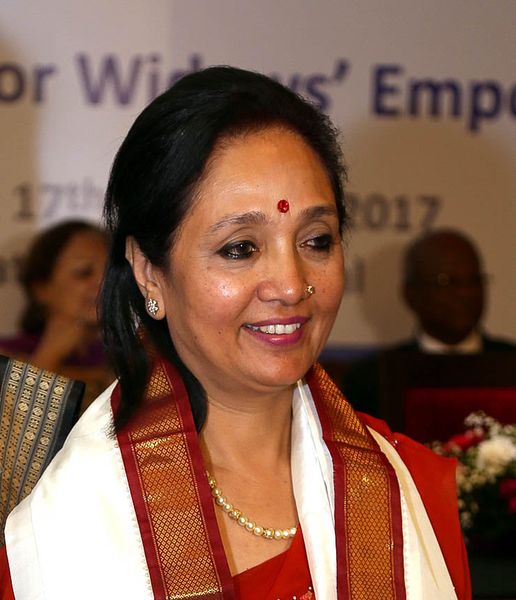 Lily Thapa, Founder of Women for Human Rights, single women group (WHR) and President of Sankalpa has been elected as a Member of the National Human Rights Commission (NHRC).  She was administered the oath of office and secrecy at a swearing-in ceremony among other newly-appointed office bearers of constitutional bodies at Sheetal Niwas, the President’s Office, on Wednesday (3 February 2021).

This adds to the list of a series of awards and recognitions Thapa has received at both national and international levels for her commitment towards safeguarding the rights of single women (especially widows) in the country and empowering them for dignified life via different means of socioeconomic support.

Women’s rights are the fundamental human rights, which are also officially recognized and endorsed by the United Nations and the international community. WHR, under Thapa’s leadership, has been persistently advocating and working to secure the fundamental rights of single women like the right to live free from violence, slavery, and discrimination; right to have proper education; right to own property; right to vote; and right to earn a fair and equal wage along with taking initiatives to guarantee their other civil and political rights. Thapa and her team at WHR have come a long way achieving a notable success in this regard through persistent collaboration with different governmental and non-governmental stakeholders, thus making the entire team deserve national and international felicitations.